As a backup provider, Rewind understands the value of keeping your data secure. We know that data is the backbone of your business operations. Taking steps to ensure your data is safe while using the Internet is also extremely important. Using a Virtual Personal Network (VPN) can provide that peace of mind and protect your data from outsiders looking in.

A Virtual Private Network (VPN) allows you to securely use the Internet by directing your connection through server locations while hiding your data and online activity.

A VPN is a network of servers situated in different locations, privately linked together over a public Wi-Fi network. Most VPN services are primarily used to improve security and access control by providing encryption and authentication through VPN tunnels between remote VPN clients and gateways.

A virtual private network provides privacy by hiding your actual IP address, encrypting all incoming internet data from the ISP (Internet Service Provider), local authorities, etc., which might be in your browser history. This means that, even if someone intercepts that data, it won’t make any sense to them without a key to decrypt it. This process is called masking since you expose only part of your true self online.

How Does a VPN Work?

When you use VPN software, it encrypts your data before the ISP or anyone looking in sees it. The VPN provider will see your data as coming from the VPN server and its location rather than your computer and its location. Without a VPN server, your data is in the open, and anyone with technical knowledge of data communications — including devious hackers — could potentially view your activity and data.

VPN protocols are placed at strategic locations worldwide so users can have private internet access to websites based on their geographical location. In addition, a corporate VPN encrypts information sent over internet traffic, making sure that no eavesdropper can get hold of sensitive financial or personal information.

Since VPN encrypts user data, people who use a VPN while they use a network remotely don’t have to worry about being spied on by their ISPs or having their identities stolen. A good VPN works like a proxy works, except for some features. To put it simply, a VPN takes a user’s private network and extends it over public networks, hiding their identity.

A VPN connection is helpful because it allows you to send and receive data across shared or public networks as if your computer is directly connected to the local network, which in this case are the VPN providers or servers.

Internet users use a VPN connection to access region-restricted websites blocked by their internet service provider. VPNs also provide increased security by encrypting all of your incoming and outgoing data, making it unreadable to cybercriminals who attempt to intercept it over Wi-Fi or gain access to personal data through mobile devices (such as at a coffee shop).

The VPN connections can be used when you want your traffic to travel through another network icon before it reaches its destination. For example, this would allow you to gain internet access through an anonymizing service so that everything sent from internet-connected devices will be obscured. Hence it cannot be traced back to you.

What Kind of VPNs Are on the Market?

There are three types of VPNs. Let’s take a look at each of them.

In the data center, site-to-site VPNs connect site locations, especially in a disaster recovery scenario. They allow for network traffic to be routed from one site to another site across a public network infrastructure, such as the internet traffic.

Site-to-site VPNs work by allowing site users at each site to communicate with other users on the same private network at another site without having any knowledge of how network traffic transits between sites. Typically, site users will have an internet provider or access to a local network and have been granted permission by IT security administrators.

Client-to-server VPN legal technology is a method of implementing a virtual private network over a public communications infrastructure such as the Internet. In client-server VPNs, client computers connect to remote servers located within the Internet or an organization’s intranet.

A VPN client connects to an encrypted virtual tunnel at its workplace and travels across the internet services from the server to work. Both client and server can authenticate each other using certificates issued by a certificate authority (CA).

An SSL VPN stands for Secure Sockets Layer Virtual Private Network. The VPN access requires no special software or hardware implementation for VPN users — it only needs a browser. When connecting to an SSL VPN, authentication credentials (usernames and passwords) must be entered into the web browser’s address bar.

Why Do I Need to Use a VPN?

Let’s talk about some benefits of using a VPN:

When Do I Need a VPN Connection?

Security While Working on Public Networks

Maybe your favourite place to get work done is at a local cafe. The delicious coffee and calm aroma create a welcoming and safe work environment. As wonderful as this is, it doesn’t provide your data with the same safety. Working on an Internet network provided by a cafe, hotel, or any public network, is similar to your data walking around a public place where everyone can see it. Your clients’ info on QuickBooks Online, store themes, blog posts, email lists, banking information – EVERYTHING – is basically walking around the street for everyone to see. This paints an unsettling picture for data security and a risk that you don’t want to be taking when it comes to business-critical data.

Having a VPN blocks anyone using the same network or IP address (even the person managing it) from seeing what you’re doing, including the data you’re working with.

The biggest security threat that professionals face when working at home is their ISP. The US Congress has made it legal for ISPs to sell data about users and online activity to anyone interested. The data is anonymous but still very concerning to users. Additionally, studies have shown that Canadian Internet providers aren’t transparent with users about the information they’re sharing with third-party users.

With a VPN client software, the ISP, or in an unlikely case a hacker, will have a near-impossible time trying to correlate the encrypted data and online traffic to your computer.

Online privacy is an essential topic in the modern world because of the sheer amount of personal data held online. This information can be used to predict future behavior or pose a severe risk if it gets into the wrong hands. Unfortunately, companies are often given little choice over what happens to their user data, but there are steps you can take to improve your security online.

The collection of personal data by VPN companies can happen in several different ways, including tracking cookies that store identity information and other methods such as browser fingerprinting. Using a VPN tunnel can help protect against these threats by encrypting traffic between multiple devices and VPN servers, removing any personally identifiable information from internet interactions before they leave your device.

How a VPN Protects Your IP Address and Privacy

VPN is a virtual private network that creates a secure connection over the public Internet. VPN solutions provide an added layer of security and privacy for their users. By using a VPN, employers can protect company information from outbound traffic over the Internet.

Can VPN apps connect you with servers that are physically located in other countries? A VPN service provider encrypts all your incoming and outgoing data packets through tunnels and allows you access to websites that might be blocked or censored by a particular country due to geo-restrictions. VPN apps have been proven to protect the user’s IP address from being compromised when surfing online on public Wi-Fi connections in hotels or coffee shops. In addition, VPN settings enable user reports in phishing sites or malware-infected sites.

How Can a VPN Help Protect Against Identity Theft?

VPNs are a great tool to use to help protect yourself from identity theft and provide you with better internet protocol security in general. VPN services allow users to connect securely to other VPN protocols and route all of your web traffic through an encrypted tunnel before connecting it to the Internet. Many VPN providers also allow users access to features such as servers that spoof their geo-location or unblock regionally restricted content.

Your VPN provider will give you a secure connection IP address for you to use the Internet safely or navigate online. By replacing your actual IP addresses with one from your VPN provider, you conceal your exact location and online identity. This makes it much more difficult for potential hackers or cybercriminals to track back and steal your personal information.

How Do I Choose a VPN?

Now that you’ve got the basics down, it’s time to research which VPN provider will work best for you. Once you’ve done that, you can go ahead and download a VPN app for your device. Then, BOOM- you’re off to securing your data! It’s that simple.

There are five factors you should be taking into consideration when evaluating which VPN is right for you:

Here are some VPNs we recommend you take a look at:

The security of your business-critical data isn’t something you want to be gambling with. Having a VPN on your work devices ensures that your data won’t be compromised by outsiders looking in.

In today’s world of globalized digital connection, where just about anything is within reach with a mere click, the demand for anonymity and security has become more prevalent than ever. Firstly, some free VPN providers use networks shared with their ads, which also pass data through those same servers.

For most people, paid VPNs are the answer to their online protection needs. Paid VPN services offer various levels of VPN protection and anonymity online but still keep user information private. In addition, paid VPNs provide more features than free VPNs. Another reason to use paid VPNs is that they usually have servers in many countries, making location spoofing easier and faster.

A paid subscription is considered an investment in your security. However, paid VPNs tend to cost approximately $5 to $10 per month (depending on location and service). Free VPNs are commonly known as a proxy service — this works by using a third-party server for you to access websites by redirecting all of your data through an external server.

A proxy service doesn’t encrypt any incoming or outgoing data from your computer or mobile device. This allows attackers with specific capabilities to still break into your internet connection and monitor everything, including passwords, messages, payment transactions, etc.

Next Step: Have a Backup Plan

Having a backup creates peace of mind that your data is secure in the case of small mistakes or big disasters. Rewind can help. We provide data backup solutions that give you the peace of mind and data security you need. If you’re ready to take the next step towards ultimate data security, feel free to contact us today.

Take that next step towards ultimate data security and email team@rewind.com

Megan Smith is a digital marketer with a passion for working with businesses to define their brand and create marketing strategies to achieve their goals. 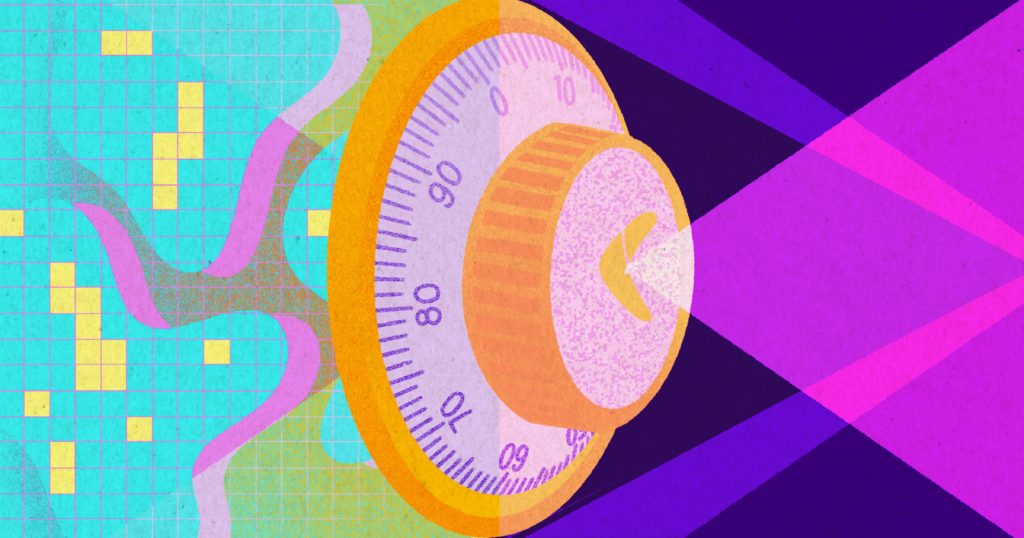